Vote for up to 5 delegate candidates and not any more. 2-3 men and 2-3 women will be chosen so bear that in mind. If you have no personal delegate preference we suggest you vote for all 5 for your preferred candidate. IF you prefer some individuals rather than others we suggest you vote for who you prefer. This would make it more likely your preferred candidates would be elected.

The first choice on your ballot during the primary from February 6 – March 17 will be voting for President. This vote determines how many delegates will go to that candidate in your district due to percentages. For example, if your candidate receives 33% of the vote then they receive 1/3 of the delegates. If a candidate does not receive 15% of the vote in that US Congressional district then they do not receive any delegates at all. Remember only the delegates actually choose the nominee. The primary chooses the delegates who will choose the nominee in July.

The second choice on your ballot will be for delegates themselves. This part decides which delegates will go to the Democratic National Convention in Milwaukee in July to represent specific candidates. Every delegate will be listed next to the last name of the presidential candidate that the delegate supports. The delegate candidate who get the most votes for each presidential candidate that qualifies will get selected bearing in mind that gender balancing requirements be met.

Lisle Township has 2 US Congressional Districts,IL- 6 and IL-11. If you live in IL-6 then you get 6 up to choices and if you live in IL-11 you get 5 choices.  This number was determined by the primary turnout in 2018. Some districts got between 3-8 delegates. Our state sends 101 regular delagates and 50 super delegates. The super delegates are party hierarchy like elected officials. This is new and due to Bernie Sanders making changes in the process last time around. If a candidate gets more than 15% and they do not have any specific delegates slated, then the Democratic Party of Illinois can slate the delegates for the candidate. Genders will be balanced per district for the slating and distribution of delegates.

You can choose all the delegate candidates for one candidate or you can choose some from a few as long as you choose the number for your district or you can choose less than the total number. If you live in IL-6 and have 6 choices then the top 3 women vote earners and the top 3 men vote earners will be chosen. So if you vote for all men or all women you are just helping that genders vote earners. You could vote for the male and female of your top 3 choices if you live in IL-6 and likely have a larger influence over who goes since it is likely that 3 campaigns will get over 15%. Each delegate candidate is required to vote for their chosen candidate, for the first round of voting. IF there is not a majority, then during the second round the delegates are allowed to potentially change votes and the super delegates are allowed to vote. It is very possible we could have a contested convention so knowing a delegates’ second choice is helpful as well.

There is a long-boiling problem — when searching for  “lisle township democrats”, of being redirected to a spam site; I think this is some sort of search engine mischief which I am trying to resolve. If you go directly to, or search for, ltdo.org, you should not have this problem. If you do search for “lisle township democrats”, look for the link with “ltdo.org” in it and you should be OK.

Thanks for your patience with this issue!

Build Your Google Skills for Free with Lynda.com

Lynda.com offers great video classes on computing and business topics. It’s a pay site, but recently many libraries have been offering free access. Here are some links to get access within Lisle Township. Call your library if you need help.

If you work with Google Drive and Docs, as many of us do, I highly recommend the class Google Drive Essential Training. I though I was pretty knowledgeable, but I learned about some useful features I hadn’t been aware of. It’s not a long class and you can easily skip topics you’ve mastered. Google Docs Essential Training is also helpful. You’ll need to first  log in before these links will work or just log in and search for the titles. There are also classes from beginning to expert level on Microsoft Office products and on many more topics.

DuPage Has a Great Recycling Page

My house is a mess. There’s plenty I’d be happy to get rid of, but I’m compulsive about recycling and avoiding the landfill. So I started to gather web resources until I discovered that the DuPage County Recycling Page has (or has links to) almost anything I could possibly want. Here’s just a bit of it:

Also — clothing and cloth recycling! I’ve been wanting to clean out our closets but felt guilty about “donating” worn clothing. From the page —
DuPage County has partnered with eWorks and RewearAble to collect clothing and textiles for reuse and recycling. Items not able to be reused will be turned into cleaning/painting rags or reused in insulation, packing material and carpeting.

There are also links to municipal recycling services.

Finally, don’t overlook the sidebar — lots of interesting stuff there. In particular, check out the Recycling Guide for Non-Curbside, which includes stores that accept particular items and junk haulers that recycle whatever they can.

When visitors leave comments on the site we collect the data shown in the comments form, and also the visitor’s IP address and browser user agent string to help spam detection. An anonymized string created from your email address (also called a hash) may be provided to the Gravatar service to see if you are using it. The Gravatar service privacy policy is available here: https://automattic.com/privacy/. After approval of your comment, your profile picture is visible to the public in the context of your comment.

If you leave a comment on our site you may opt-in to saving your name, email address and website in cookies. These are for your convenience so that you do not have to fill in your details again when you leave another comment. These cookies will last for one year. If you have an account and you log in to this site, we will set a temporary cookie to determine if your browser accepts cookies. This cookie contains no personal data and is discarded when you close your browser. When you log in, we will also set up several cookies to save your login information and your screen display choices. Login cookies last for two days, and screen options cookies last for a year. If you select “Remember Me”, your login will persist for two weeks. If you log out of your account, the login cookies will be removed. If you edit or publish an article, an additional cookie will be saved in your browser. This cookie includes no personal data and simply indicates the post ID of the article you just edited. It expires after 1 day.

How long we retain your data

If you leave a comment, the comment and its metadata are retained indefinitely. This is so we can recognize and approve any follow-up comments automatically instead of holding them in a moderation queue. For users that register on our website (if any), we also store the personal information they provide in their user profile. All users can see, edit, or delete their personal information at any time (except they cannot change their username). Website administrators can also see and edit that information.

What rights you have over your data

Where we send your data

Visitor comments may be checked through an automated spam detection service.

How we protect your data

What data breach procedures we have in place

What third parties we receive data from

Posted on January 2, 2020 by Mark Spieglan | Leave a comment

Remember you register to vote in person the day of the elections at any polling place.

Many electronics companies have voluntary takeback programs. Having a “voluntary program” means they offer takeback and recycling options even in states where there is no law requiring it.

Find a list of companies, recycling centers, and how to take more action on this issue.

Get fresh-from-the-farm, certified organic vegetables, from May through November, 2018! Enroll in the Green Earth CSA and receive a box of fresh organic vegetables every week or every other week. The Main Season runs 20 weeks from June 12 to October 26.

The purpose of this correspondence is to share information on organizations and events that are noteworthy for the community. External organizations should not be construed as an endorsement of the views of the Lisle Township Democratic Organization. 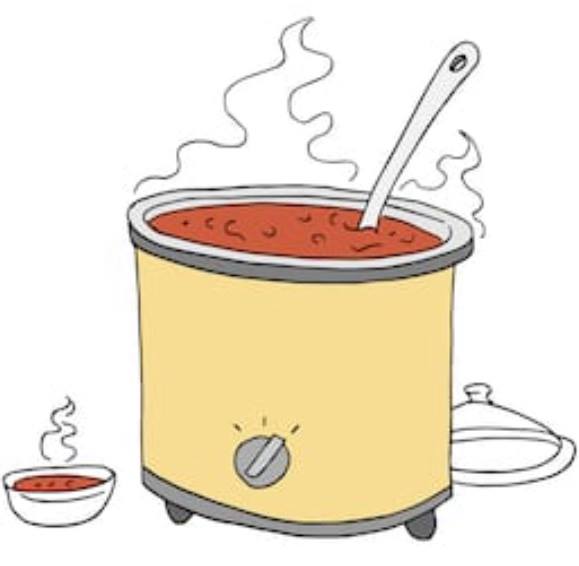 Lisle Township Democratic Organization is holding its annual Holiday Chili Cook-Off fundraiser on December 16, 2019. It was a lot of fun last year, and building on the event, we’d like to encourage folks to bring traditional chilis, but also chili with a twist.  Maybe a chili with roots in Germany, Italy, France, Mexico, etc. A variety of cornbreads were a big hit last year, we’re anticipating great cornbread again this year, plus finger desserts. Entry voted the best in each category, will win a gift certificate.

Sponsors get 3 tickets and recognition on LTDO’s Facebook page.

If you’re bringing a food item, go to this signup page, tell us what you will bring, and purchase yout ticket on ActBlue.

If you just want to enjoy chili, baked goods and camaraderie, just purchase your ticket on ActBlue

Vegetarian options will be available.

We have a new office!   This Sunday December 8th at 5pm we will have an office organizing meeting at the office at 906 Lacey Ave. Unit 118, Lisle. All interested are welcome.

We need to decorate and move in.  If you have 2-3 hours and can help us set up please signup here.  The first month will be focused on accepting donations, moving in and getting set up.  All help is appreciated.  .

We need donations but please keep in mind we want a small footprint to utilize space. Here is what we are looking for: https://m.signupgenius.com/#!/showSignUp/60b044bafa72aa7f49-office. 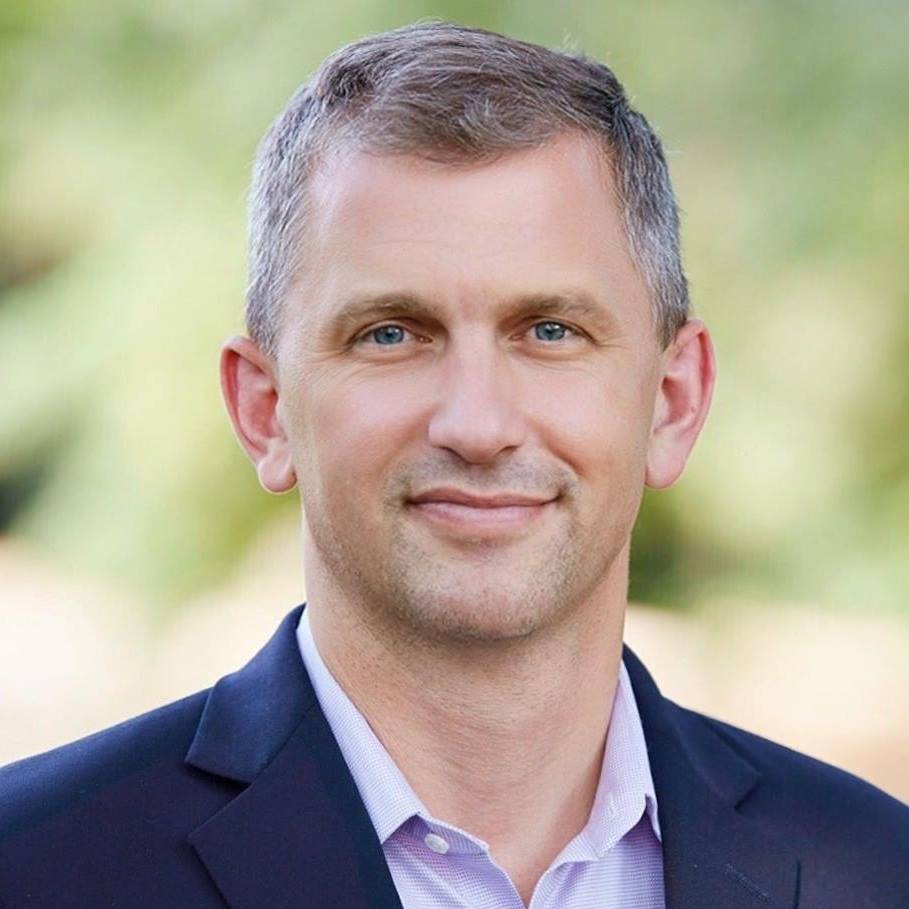 Why are you running for this office?

Hardworking families in Illinois’ Sixth District elected me because they wanted an outsider’s perspective to come to Washington and fight for the priorities that they wanted to see done whether that be combatting the existential crisis of climate change, lower healthcare costs, invest in education, protect families from the epidemic of gun violence, and reverse the punitive tax code implemented by Republicans.

That’s why, as a Democratic member of Congress, I work hard to create meaningful, commonsense policies. In my first 200 days, I am proud to have introduced or cosponsored 204 bills embody those principles and that reflect the values of the Sixth District of Illinois. I am also proud that during my tenure in Congress, I have held 12 town halls in IL-06.

What are you planning to do if you win?

Here are two of my key priorities that I have fought for and continue to fight for in Congress.