“Everyone you meet is fighting a battle you know nothing about. Be kind. Always.” - Robin Williams 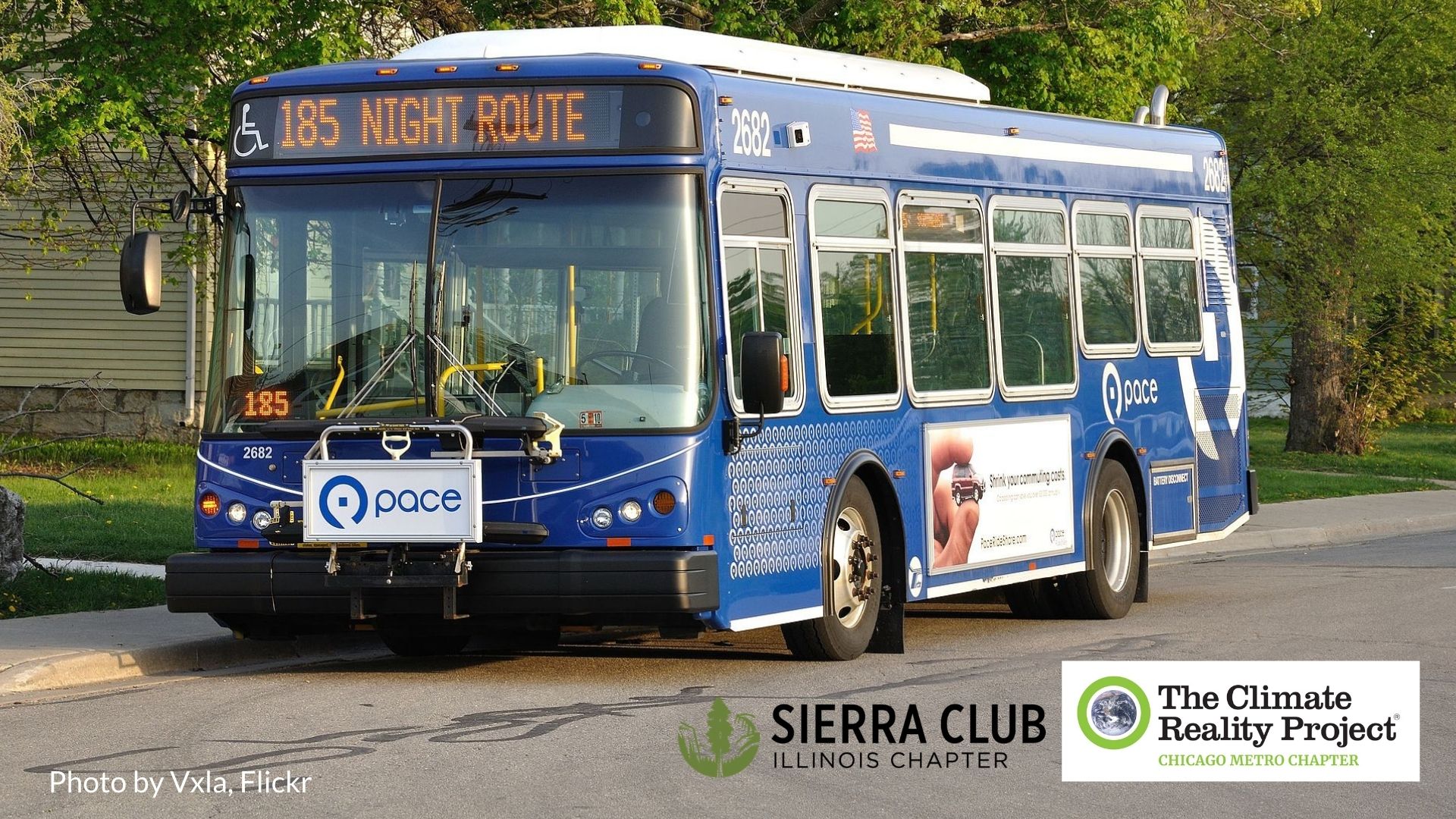 Pace, the suburban Chicago transit agency, has proposed purchasing 125 additional Compressed Natural Gas (CNG) buses and 78 new diesel buses in its capital budget. However, their budget includes NO orders for electric buses! If purchased, these fossil fuel-powered buses will be on Illinois roads for the next 12 to 15 years! A Pace Board meeting is being held on July 21, The DuPage Clean Energy Coalition is asking people to take action by July 19.

Two things you can do:
Please pass this along to your other groups, family, and friends in the Chicago suburbs as well! Thank you!
Actions
May 8, 2021 Diane Hewitt 0 Comment

Illinois legislators are going on break (until Fall!) soon. Due to the pandemic, there’s a backlog of critical bills that are close to the finish line this week. Below are the most popular. If you want to take action, find your representatives with contact information:  bit.ly/IL-Reps. “HB” means it’s is in the House of Representatives; “SB” means in the Senate. Nervous? Try our Beginner’s Guide to Calling Your Rep.

Of all the swing states for which I’m gathering information and contacts, Michigan is at the top of my list due to ease of help and importance. Michigan is allowing people to start signing up now for mail-in voting November and it’s a permanent sign up, not one every cycle. Here’s why some groups are focused on this area of Michigan:

There are a variety of ways to help in Michigan from here. Postcards in packets of 100 and 50 are on my porch now at 6008 Lenox Ct. in a covered box for contact-free pick up.

Here’s some info on the phone banks and training program done by a variety of groups and campaigns focused on the same thing: