Serving the reality-based community since 1967.

Be sure to get a flu shot soon! It won’t prevent COVID, but it will help you avoid getting the flu and COVID, which can really ruin your day. Some help: 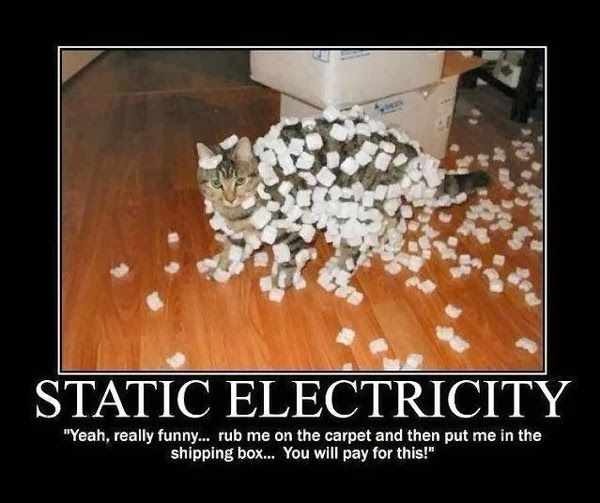 My suggestion: if you don’t have a humidifier for your home, this might be the right time to get one if you can; you’ll probably be more comfortable in any case.

Why is there a flu season, anyway?

Our next general Membership Meeting will be held Monday, June 14th at 7:30 PM. The featured topic will be mental health resources in DuPage County.

Local Elections Matter!
Make sure your values are represented on budgets, ethics, schools, and safe pandemic response. In addition to our Lisle Democratic Township Slate (https://ittakesatownship.org), we have Democrats running for District 203 School Board and our Park District.

Early Voting Sites
Here’s where they are: https://www.dupageco.org/earlyvoting/

Sample Ballots
Find them at https://www.dupageco.org/sampleballot/

Vote By Mail Ballots Are Going Out
It may take 6-7 business days to receive your ballot. Order NOW to be sure to have your ballot on time. Mail in your ballot as soon as possible. If you don’t have one,
get your your Vote By Mail ballot at: https://www.dupageco.org/Election/VoteByMail/

I don’t have any skin in the game anymore, so to speak. I don’t have kids and I’ve retired from full time teaching (thank you, Hubby!). I’m lucky in that the community college where I currently teach part time is going to be completely online. I’ve been teaching for over twenty years (!) and I know schools are not going to open successfully in the fall. I’ve been telling you since January about what’s coming down the pipe re: coronavirus, and I’m telling you now, this is going to be the biggest problem anyone has ever seen.

I’m going to exclude all the well to do parents /schools in this rant. They will be ok. For all the squawking they do, they will find ways to get their kids WHATEVER they need. Tablets, laptops, super high speed internet, private tutors, back alley play groups, etc. I’m going to talk about the parents and schools I’ve worked with and in the most – middle and low income.

I think it’s so cute when teachers talk about adding stuff to their back to school lists for parents. “I’m going to double the amount of wipes this year!” You know- the stuff parents are supposed to send with their kids the first day or two of school. Good luck with that!  Most of the schools where I’ve worked did not even allow teachers to make a list. Our parents couldn’t afford any of it. (Not that anyone can find those supplies right now. I know I can’t!) You know what I had to buy every year? Everything. I taught HS science so that meant about 150-180 kids every year. (Average 30 kids x 5 classes a day. One year I had two bio classes with 45 kids EACH. That’s 90 kids in just those two classes. No social distancing possible there! And one year I, and two other science teachers, taught six classes because the school didn’t want to hire another teacher.) So every year I’d buy about 200 notebooks, hundreds of pens and pencils, dozens of rulers, scissors, markers, etc. I had to buy a classroom set of scientific calculators my first year. Every box of Kleenex came from me. Every roll of paper towels, every can of Lysol, every single wipe came from my pocket. Thousands of teachers have to fund their own classrooms every year. That’s just the way it is in our nation’s largest school districts. I’ve taught in two of them- Chicago (third largest) and Clark County (Las Vegas, fifth largest). These districts were and are still woefully underfunded and have the nation’s poorest and most under-served kids. So teachers make up the difference. We give them school supplies so they can keep up and sneak them power bars and juice boxes so they don’t go hungry.

This fall, if I were to be going back, in addition to all the regular supplies, I’d be buying masks (for myself and my 200 kids), extra cans of Lysol, extra tubs of Clorox wipes, extra rolls of paper towels, and extra boxes of Kleenex. I’d be having my husband rig up some sort of plexiglass shield for me to put around my desk and lab bench so the kids couldn’t come within 6-10 feet of me. I’d also be buying several sets of scrubs, so I could wash them in hot water after every wear and not ruin my real clothes, extra detergent, and extra shoes so I could air out a pair while I wore a different pair to school the next day. I’d be buying tons of shampoo and stuff for the two showers a day I’d be taking. And so on. No problem on a teacher’s salary, right?On a hefty teachers’ salary, that should be no problem.

Now, let’s talk about the school buildings. The structures. Those should be fine because we’ve been pouring money into education, right? In one school where I taught, there was no heat in my room. Why? Because it was the chemistry lab which was on a separate ventilation system and I guess they forgot to hook it up properly. I have no idea. All I know is that we wore coats in my class, even though it was “against the rules”. An entire year went by and nothing was fixed. (I left after that year, so it wasn’t fixed while I was there.) It was a very old building, one of the oldest school buildings in Chicago. It was exempt from a lot of the newer building codes. But my room was also the only one with AC (other than the main office which had window units. The principal wasn’t going to suffer!) My room was on the third floor which was awfully hot in August, so having the AC was great! You win some; you lose some. But who needs proper working ventilation in a school with 1200+ kids wearing masks?

Every Chicago school where I taught gave me NO supplies for science. None. I taught during No Child Left Behind, which was an unfunded mandate. We were supposed to do XYZ but weren’t given any money. One mandate was about books. No text book was to be older than five years. FIVE YEARS! I was teaching with 15 year old books if I was lucky!! NO school had enough books for the kids to take home their own copy. I had a classroom set, which meant that the books stayed in the classroom and the kids only got to use them during class. So the same book was in five sets of hands every day. If they won’t buy books, what makes anyone think they’ll supply us with masks, hand sanitizer, Lysol, etc to keep the kids and staff safe?! It’s going to be up to the individual teacher to pick up the slack. As usual.

And for some teachers, that’s going to be enough for them to either retire, or just leave and find another job. That’s what I really don’t understand about the whole “rush the kids back to school” crowd. They say stuff like, Kids don’t get the virus (that much)! And if they do they’re (usually) ok! Hardly any of them die! (Especially not MY kid.) Um, were you thinking that ONLY kids would be in the school? Were you willing to send them in unsupervised? Because I’m pretty sure there were going to have to be some grown ups around in order for that to happen. Or do those people not matter? Because that’s what it feels like. The teachers with the most experience are also the oldest and also the ones at highest risk. You are going to force those people out. Or get them sick. Or killed. How guilty are those kids going to feel when it gets traced back to them? And I thought I heard something about a teacher shortage? Meh. I’m sure it’s nothing. And subs? Forget it. A lot of subs are older, retired teachers. I don’t think they’ll be coming in much.

So, no. Schools won’t open safely in the fall. After the first week or two, I guarantee they will have to do rolling shutdowns or something like that. It will be like Whack a Mole. Putting out flare ups here and there. Just a hodgepodge of ineffective half measures because NO ONE wants to take responsibility for actually doing a REAL SHUTDOWN. We could have stomped this out MONTHS AGO but Noooooooo!!! Something about guns and freedom kept us from all falling in line and staying home and wearing masks in the stores. If you wanted so badly for schools to open in the fall, you should have skipped your best friend’s BBQ or birthday party. Zoomed w your parents on Mother’s/ Father’s Day. Skipped the beach on Memorial Day weekend or the Fourth of July weekend. The virus is out of control because we let it. You can either have your bars and play dates now, OR you can have schools open in the fall. You can’t have both.

Lisle Township Democratic Organization is the local political force that makes a difference and works to turn Lisle Township and DuPage County Blue! If you can not come to a meeting or are not sure of the best way to get involved locally fill in this form and you will be contacted.

We are sewing surgical style cotton face masks that are washable and reusable.
Protect yourself and others and help raise money for the Lisle Township Democratic Organization (LTDO)—helping Democratic candidates local, state and national.

Sizes are Child,Adult Medium, and Adult Large with elastic ear loops or cotton ties—your choice.
Suggested donations:   $10.00 @ or 3 for $25

To get an awesome Democratic mask, fill out this form completely: http://bit.ly/LTDOFacemasks. At the end of the form you will have two options to donate: mail a check to our treasurer or by clicking the ActBlue link you will find.

Some of our popular fabrics are running out, but we will substitute the closest pattern we can get. We can email or text you when your masks are ready, then send them by USPS or deliver to your door if you are in our neighborhood