All posts by Mark Spieglan 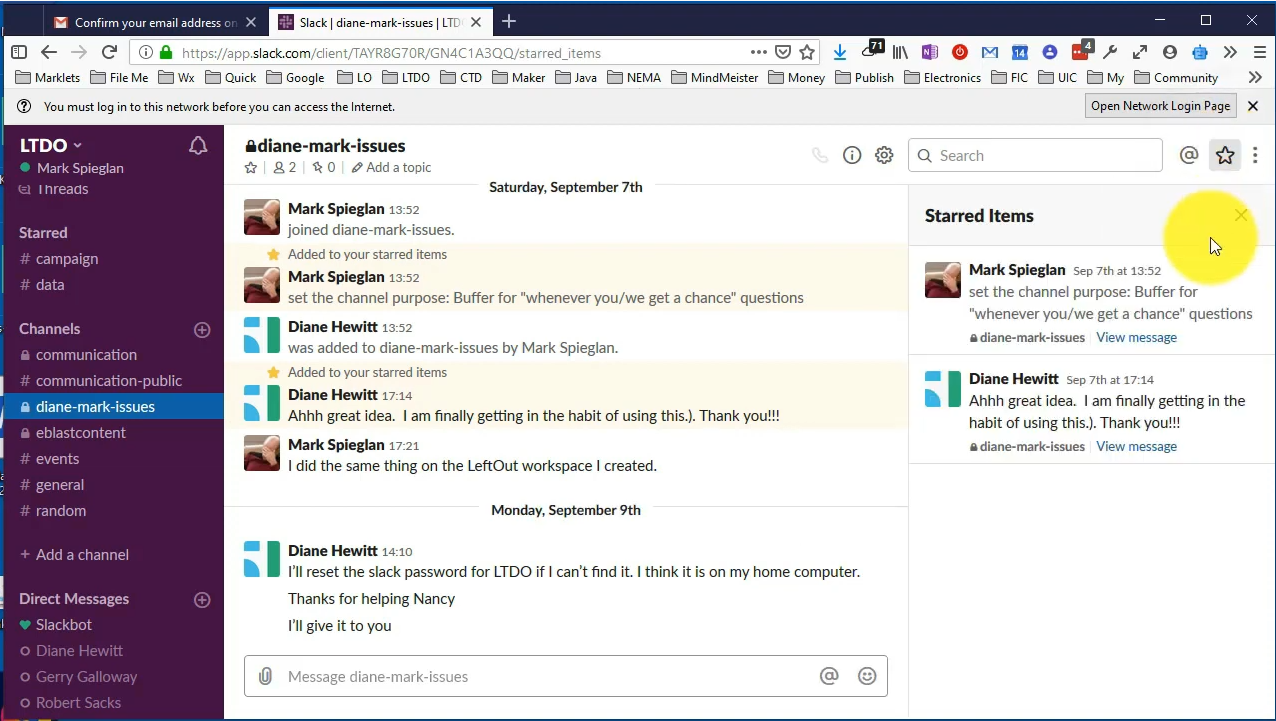 You can watch this video or browse our small but growing library of help documents.. Stay tuned for more!

Last Monday, September 16, LTDO held its final meeting of the summer at the Naperville Municipal Center. In October, we will return to the DuPage Unitarian Church.
David Stevens presented briefly on “Petitions: Getting It Right” and bravely continued to take questions through a temporary blackout. (A link to his handout is not available yet; one will be provided next week.) 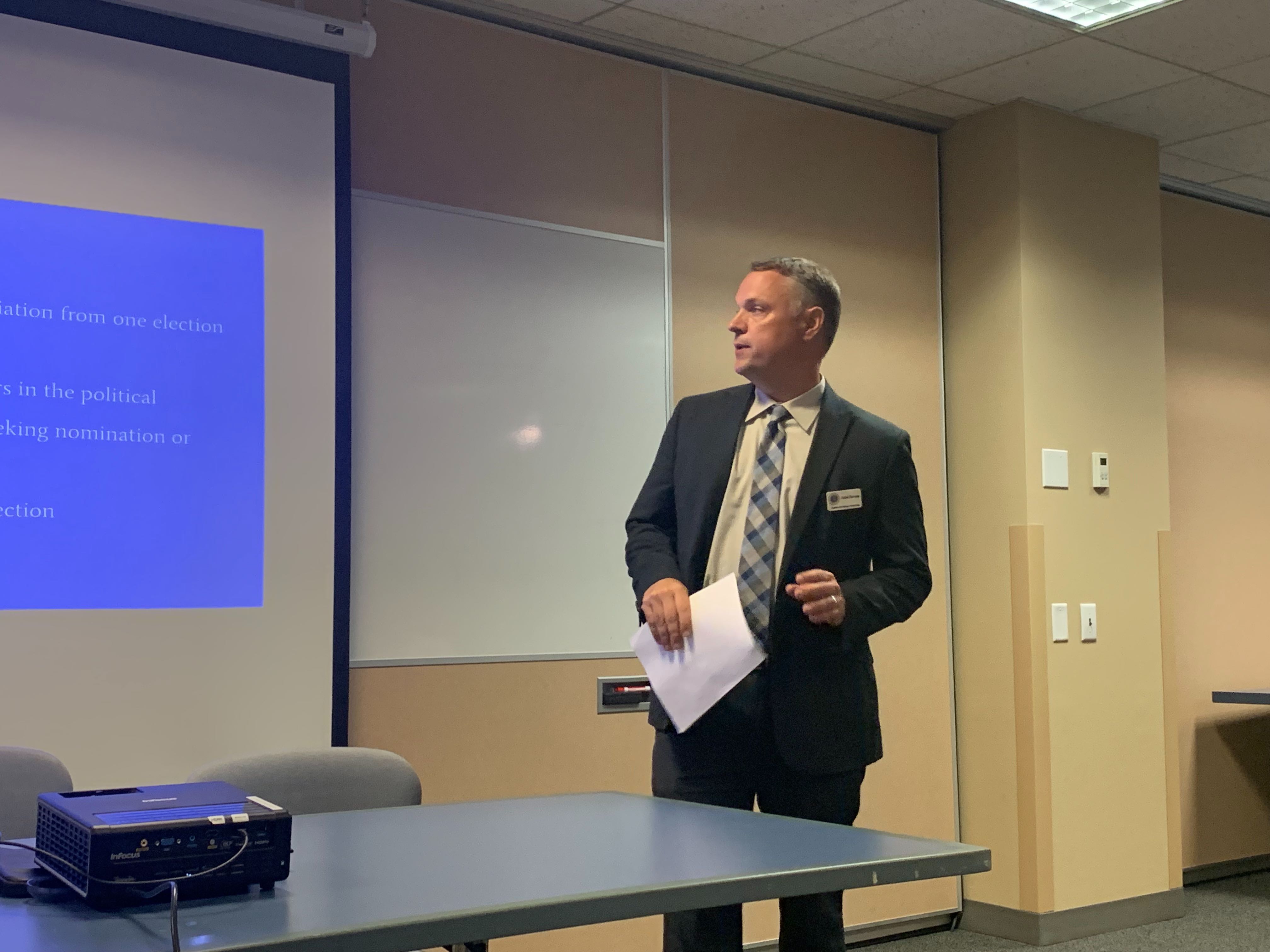 We then received 90-second pitches from an abundance of Democratic primary candidates. We will have videos of each up by next week. 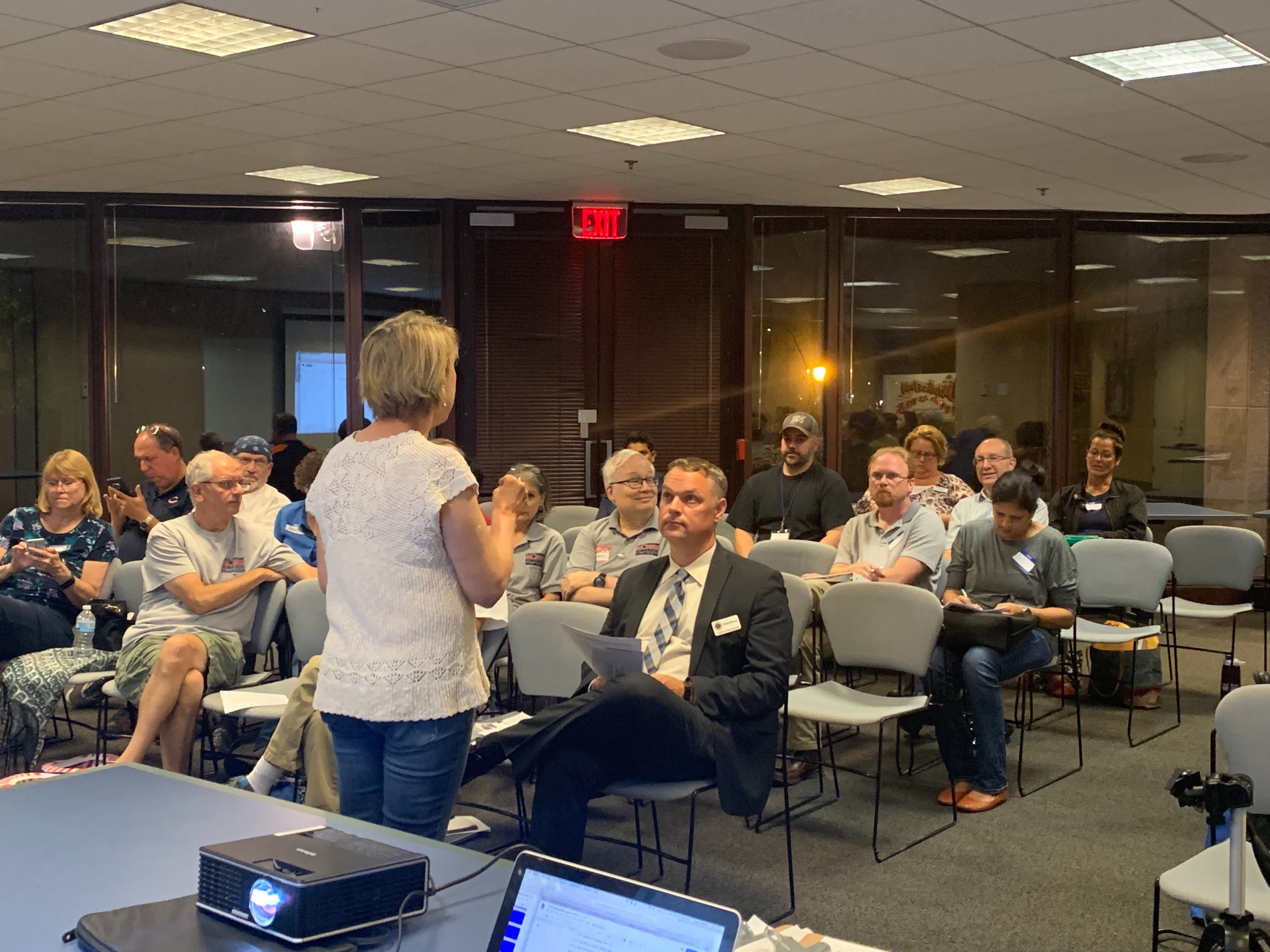 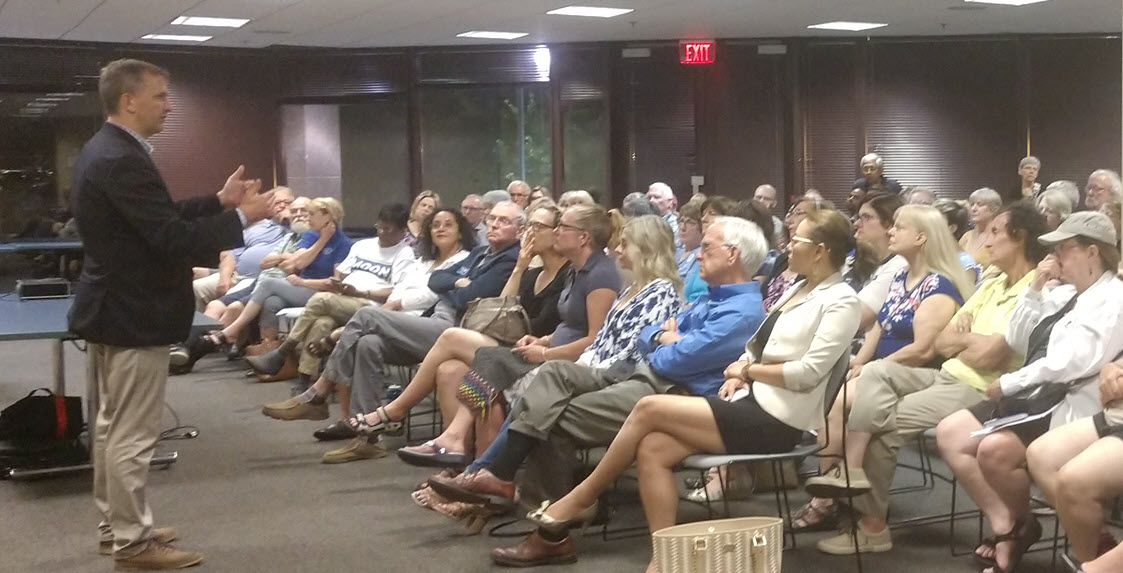 At LTDO’s August membership meeting, IL 6th Congressman Sean Casten spoke to a standing-room-only crowd. Many thanks to Congressman Casten for bringing us up to date on a variety of topics on the national political scene.
From newsletter
Sep 10, 2019 Mark Spieglan 0 Comment

Councilman Benny White’s Statement is the most clear statement on #OptIn or Opt Out Vote on Tuesday Sept 3, 2019 since their meeting.  The PRESS has mixed up the Councilmembers positions as well as a referendum on March 17, 2020 Ballots in Naperville. Thank you Councilman White for the clarity on this important decision to sell Regulated Legal Cannabis to Adults in Naperville.

Some have mentioned they were having trouble sharing my post. Here it is again without the article.From Councilman White:

I want to express my thanks to the many residents who attended the Naperville City Council Meeting on Tuesday, September 3, 2019, and weighed in on the cannabis discussion. As I said then and I reiterate now, this was a great demonstration of what makes our country so great, the right to free speech.

As far as the discussion on Tuesday, I empathize with the community members who have concerns about what opting-in would do to our community. As a former school board member and the father of two, now young adults, I understand entirely the need to protect our kids. However, most of the concerns voiced by the opt-out side dealt with legalization. The reality is whether we like it or not; it is coming to Naperville, and many of the concerns (whether they are founded or not) will be realized regardless if Naperville opts-in or opts-out. Our state legislature has already made the decision to legalize the sale of recreational cannabis by voting into law the Cannabis Regulation and Tax Act (CRTA) that goes into effect on January 1, 2020. CRTA legalizes and regulates the production, consumption, and sale of recreational cannabis in Illinois.

So, what do we do about it? We could say we are not going to sell cannabis, but the truth is residents will acquire it legally (potentially low consumer protection standards) or illegally (with no standards). It is for this reason that I have been a proponent for opting-in.

During our deliberations on Tuesday, a proposal was made by Councilwoman Sullivan and supported by most of the council members that because of the divisiveness around this issue, we should let the community decide if they want to opt-in or opt-out by bringing the vote to a referendum. Although I am not a proponent of referendums because I believe elected officials are elected to make decisions, I felt it was the best option in this case.

To take the issue to a referendum, the city attorney instructed the Council we would have to opt-out for now and direct staff to come back with language for a proposed referendum, along with a date that would be appropriate and feasible. The vote went 6-3 in favor of opting-out for the reason of having a referendum. The three “no” votes were okay with a referendum but wanted the motion to include a proposed timeframe for the March 2020 primary elections. I understood that we could not legally vote on a date because this issue was not on the agenda. Therefore, I voted yes knowing that I would vote to support the March 2020 timeframe when we could appropriately do so.

The room was FULL and Opt Out had tons of people there and there was a lot of misinformation spoken and it’s understandable that the Press is confused.  So Marijuana will be on a Naperville Ballot sometime in the near future and I looks like they are pushing and have the votes for March Primary 2020 ballots.

Video of the Meeting that again went past Midnight.

Petition season has begun for all non-presidential candidates (presidential petitioning starts October 7th).  If we want candidates, we need to give them a hand getting on the ballot. Anyone over the age of 18 by 11/3/2020, who is a citizen, who lives in Illinois can be a collector. Please check out this video podcast to learn how.

Also, please check out this document that explains how to gather petitions.

At the PC meeting on Thursday 9/5, judicial candidate David Stevens shared his experience and summarized the rules of circulating petitions. (He will also talk about petitions at our Sept.16 LTDO meeting.) Here is a summary of his information. 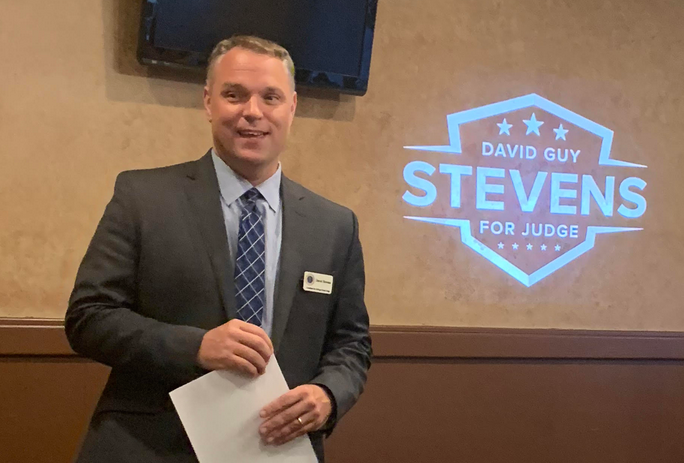 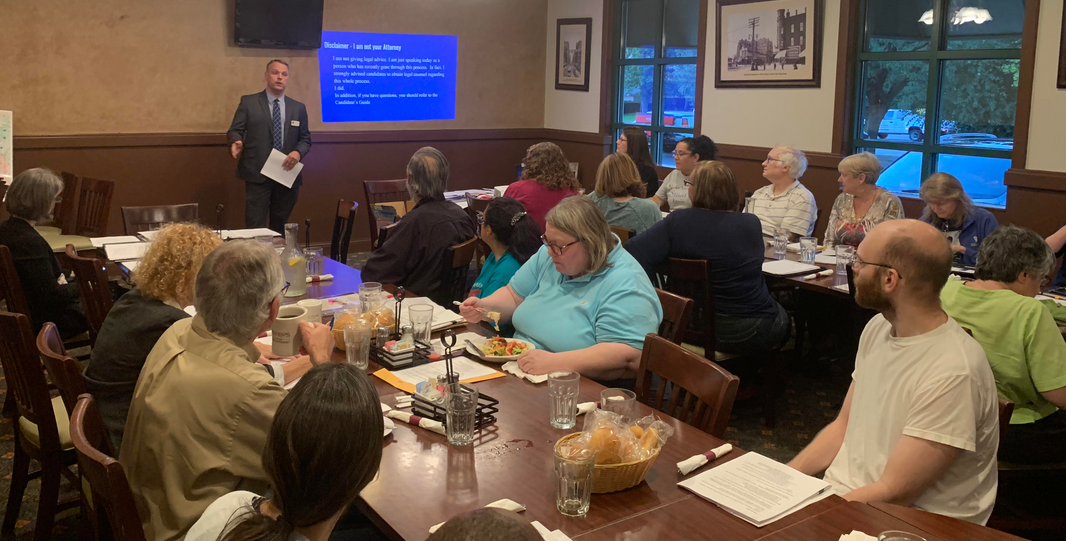 We have 3 drop off locations for candidate materials like petitions, walk cards, business cards, and yard signs. Please treat the hosts with respect as they are just volunteers trying to help get Democrats elected. (Ultimately it is up to the hosts to carry your literature as we are all volunteers.) Please try not to be going after 10PM and before 6AM because you will be waking their dogs up (and by extension their families). If you want our PCs to have your literature it is your responsibility to get it to a drop point or a meeting.

Your help is much appreciated in getting choices for representation!

Lisle Township Democratic Organization is the local political force that makes a difference and works to turn Lisle Township and DuPage County Blue!

Lisle Township Democratic Organization is the local political force that makes a difference and works to turn Lisle Township and DuPage County Blue!

The Build Back Better Framework lowers your bills for health care, child care, prescription drugs, and preschool. Plus, families get a tax cut.

That's how we’ll give people across our country some breathing room.

I come to you as the newly elected Chair of the Democratic Party of DuPage County! We did it !!!!! Now let’s work together and get things done

I come to you as the newly elected Chair of the Democratic Party of DuPage County! We did it !!!!! Now let’s work together and get things done

Pass it on: We need to defend and expand our Democratic Senate majority to continue the fight for voting rights, abortion rights, creating jobs, and lowering health care costs.

The wealthy don’t need another tax cut – the middle class does. It’s about time that working people get the tax cut they deserve. We need to reward work in this country – not just wealth.